Tanishka The Moon Woman is the best selling author of ‘The Inner Goddess Makeover’ & ‘Goddess Wisdom’ published by Hay House – with over half a million followers of her daily guidance.

Created and facilitated by Tanishka, this event is exclusively for women. You will spend 8 days empowering every facet of your Inner Goddess.

AWAKENING & EMBODIMENT of all the facets of the Goddess Within.

PURIFICATION & CLEARING of old stagnant energies in your chakra system (the cause of all karmic patterns & illness).

SHAKTI ENERGY ACTIVATION – activate and awaken the essence of the Goddess Within.

MIND EXPANDING INSIGHTS into the universal truths at The 7 Gates.

RAPID ASCENSION – access to higher states of consciousness, bliss, oneness and clarity without toxins or side effects.

LUSH SISTERHOOD – a total lush out week of pampering and transformation!

“The Inner Goddess Retreat has definitely changed my life, and I can’t thank you enough for the best week I’ve ever had. My soul needed this so much.” 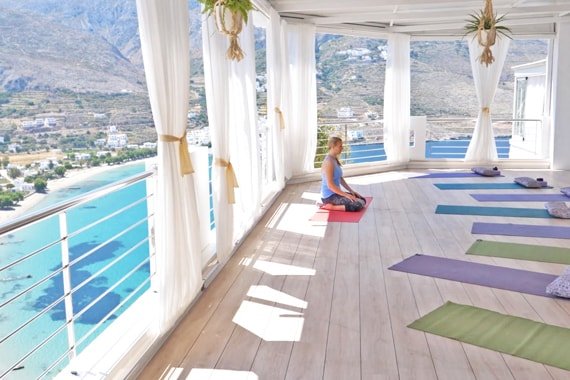 These wake up sessions will activate your Shakti (Goddess mojo) in each of your energy centres through joyful kriyas (active yoga postures) suitable for all fitness levels, devotional heart prayers of intent sung as Sankrit mantras, pranayama (sacred breath practices), shaking & freeform dance to wake up your prana (life force) & deep stillness meditation to centre you & connect you with your inner guru (teacher).

Every day you will meet & journey with one of your 7 ‘Inner Chakra Goddesses’. These are the psychological aspects of the divine feminine that comprise your feminine psyche! You will discover how to embody all your divine feminine gifts and harness the strengths of each facet of your divine feminine potential in your daily life and also gain understanding to heal those aspects & traits that have been disowned or suppressed. Knowledge is Power…so this initiation into the wisdom teachings of each Inner Goddess will fast track your personal self empowerment & transform how you see yourself as a woman!!! 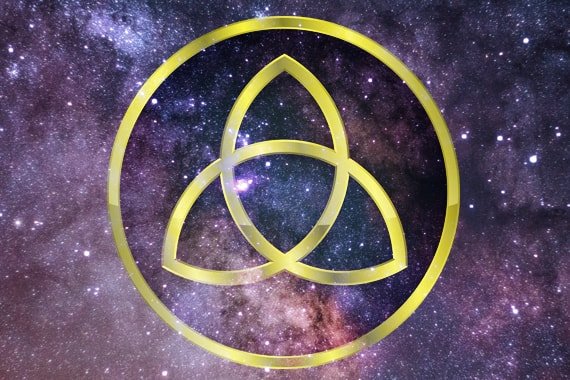 Each day you will be led through an inner journey using creative visualisation to meet the 7 aspects that make up your feminine psyche. By working at the level of the subconscious mind we transform any unconscious belief patterns which have limited the full expression of your divine embodiment.​

Each day you will be invited to dance from your core. To come deeply into presence with what the body has been holding & what is surfacing emotionally, mentally, physically and energetically – allowing it to be expressed spontaneously through movement and sound so all the levels of your being can return to their natural state, which is joy. This joyful reconnection then expands us into the totality of ourselves, activating, opening, expanding, awakening, rejuvenating and refining our presence into a heightened state of consciousness. 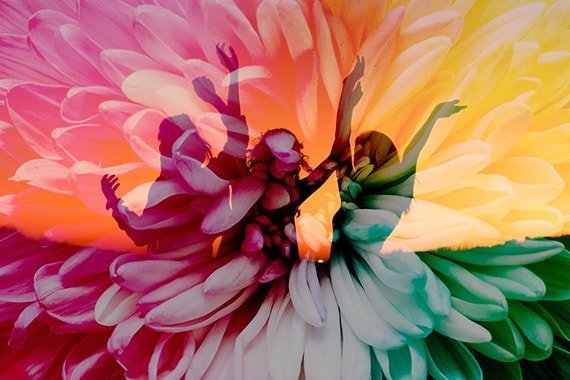 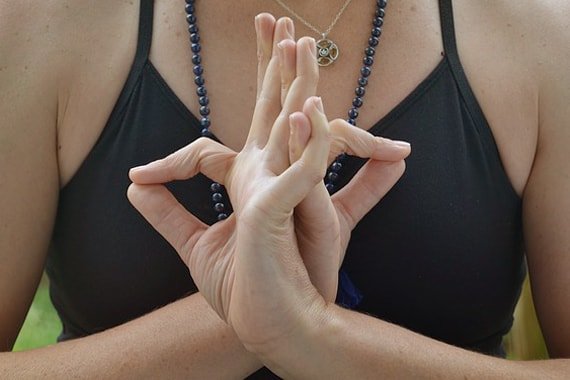 Each day you will be led in sacred sound healing using Sanskrit toning to open the energy centre that is our focus of the day. This ancient channelled language using vowel tones that shift & clear energetic blocks, promoting the unobstructed flow of energy at each inner dimensional gateway. We will then speak words of power to affirm the highest truth at each gate. This dispels the illusions of the mind which have inhibited true self expression at each of the 7 gates.

Sacred Ceremony is an act of power which involves grounding an intention through conscious action. These are simple but powerful processes that will uplift and align you with your deepest truth enabling you to dissolve all separation & experience divine communion with the Self. 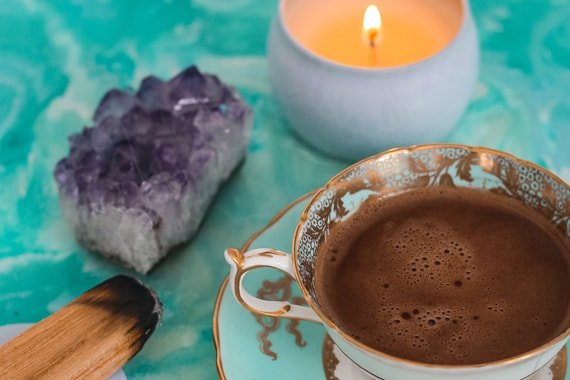 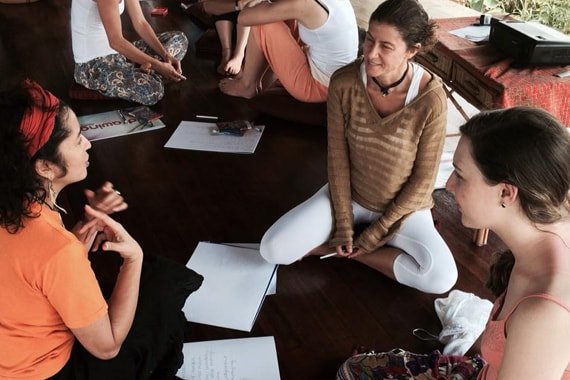 You will be personally facilitated through deeply transformative experiential processes by Tanishka who has 25 years experience as a Women’s Mysteries group facilitator. These include fun & insightful activities individually, in pairs & groups which creates connection with oneself & deep bonds of sisterhood within our retreat group every year!

A yantra is a series of sacred art mandalas depicting the 7 chakras (energy centres). Sacred art is a gentle form of active meditation which we use to recalibrate each energy centre. We combine sacred sound, colour & sacred geometry to open our consciousness, ‘remote viewing’ to see the state of our own energy field at each gate & sacred art to restore the original blueprint for optimal functioning. 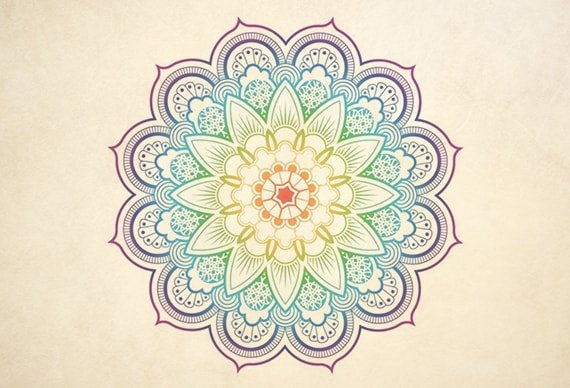 “Tanishka is more than a facilitator; she is a woman and leader of authentic truth who honours all who cross her path. To be guided by her is a miraculous experience which will, if you allow it, show you a personal strength you had no previous comprehension of.” 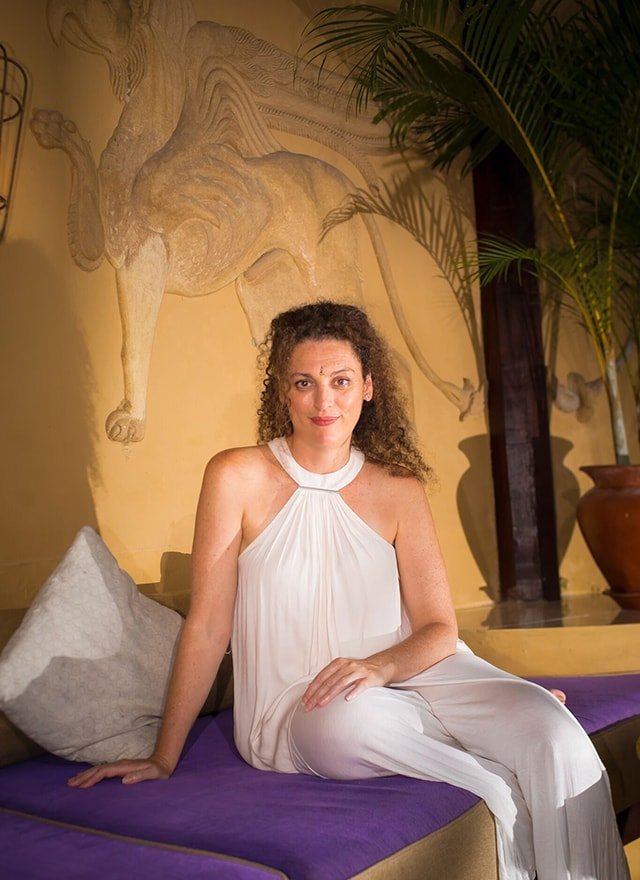 She developed these retreat processes by facilitating women of all ages and backgrounds through the 7 Goddess archetypes in her ‘Inner Goddess’ workshop series, which developed into a 9 month Initiate Priestess course. She later created an intensive retreat so she could personally initiate women all around the world.Every time she facilitates this series of initiations she is humbled by the profound transformation she witnesses on all levels, even physically!

Tanishka is best known as Facebook’s, ‘Moon Woman’ with half a million followers of her daily guidance. She is the best selling author of 6 books including, ‘The Inner Goddess Makeover’ as well as various meditation CD’s & oracle decks. She has trained women in 44 countries to facilitate women’s circles, has featured in numerous magazines & festivals worldwide.

A keynote speaker at conferences, summits and festivals, she writes for numerous magazines and conducts online courses, speaking tours, retreats and facilitator trainings.

Her fifth book, ‘Goddess Wisdom’, is published by Hay House in conjunction with an online course. And her long awaited sixth book The Grail, to be released 22-02-22.

PRIVATE FULL BODY MASSAGE session to pamper you as a Goddess!

YOUR CHOICE of a pedicure or manicure spa treatment.

PERSONAL TRANSFORMATION working from the inside out, to leave you feeling like a goddess!

What others say about this experience…

Tanishka’s retreats are sell out events.

Please fill in your event details below and we’ll be in touch!