Created and personally facilitated by Tanishka, The Moon Woman loved by over half a million followers of her daily guidance, best selling author of ‘The Inner Goddess Makeover’ and ‘Goddess Wisdom’ published by Hay House. Don’t miss your chance to be part of this intimate LIVE event!

Choose the option that best suits you and your group!

A 2 day women’s event to empower women of all ages to embrace their cyclic nature to enhance their personal power and wellbeing on all levels. Discover how to harness the power of the lunar cycle, balance emotions and increase self-care. Suitable for women of all ages.

Journey of The Handless Maiden Workshop

A 3 day women’s event designed to address the root of self-negating behavioral patterns through consciously navigating the core wounds that undermine the female psyche and wellbeing. A powerful journey of self-reclamation for women of all ages who are ready to confront the wounded feminine that silently sabotages all aspects of their waking life.

A 5 day event combining option one and two and a bonus Rite of Passage Ceremony for women who never received a Welcome to Womanhood Ceremony. Alternatively this program can be tailored to mark milestone birthdays, such as 40th, 50th or 60th birthdays.

NUTRITION FOR A WOMAN’S CYCLE

Included In The Journey of the Handless Maiden

or The Red Tent Immersion

5 Days of Sisterhood to Fill Your Cup to Overflowing

with Cyclic Wisdom & The Journey of the Handless Maiden…

And One of these Rites of Passage Ceremonies! 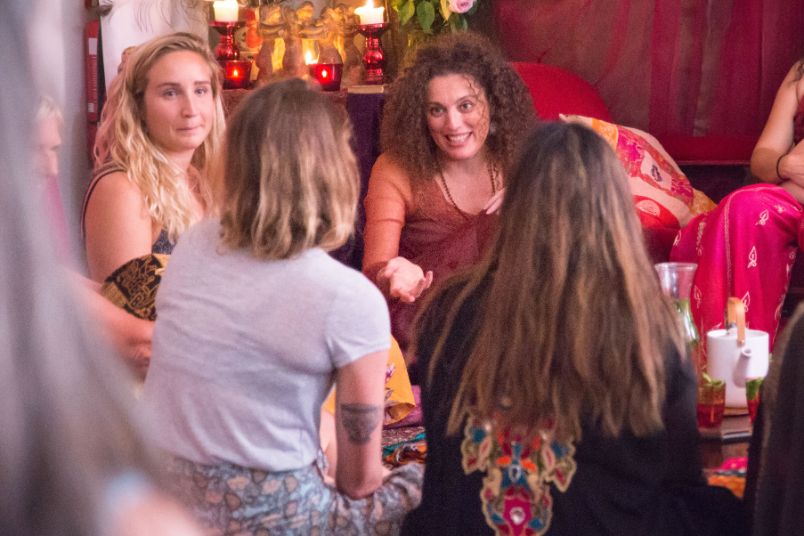 A Welcome to Womanhood ceremony known traditionally as menarche for women of all ages who never received an initiation ceremony when they became a woman. This is a powerful reclamation that impacts how we see ourselves as women and every choice we make. It’s never too late to receive this feminine birth right.

This ceremony is ideal for 40th or 50th milestone birthdays or for groups of women journeying through the mage or queen phase from 36-60. This is an opportunity to reframe one’s attitude to ageing and embrace the gifts in this life stage through understanding the lessons and how to navigate them. 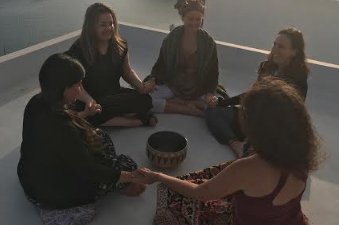 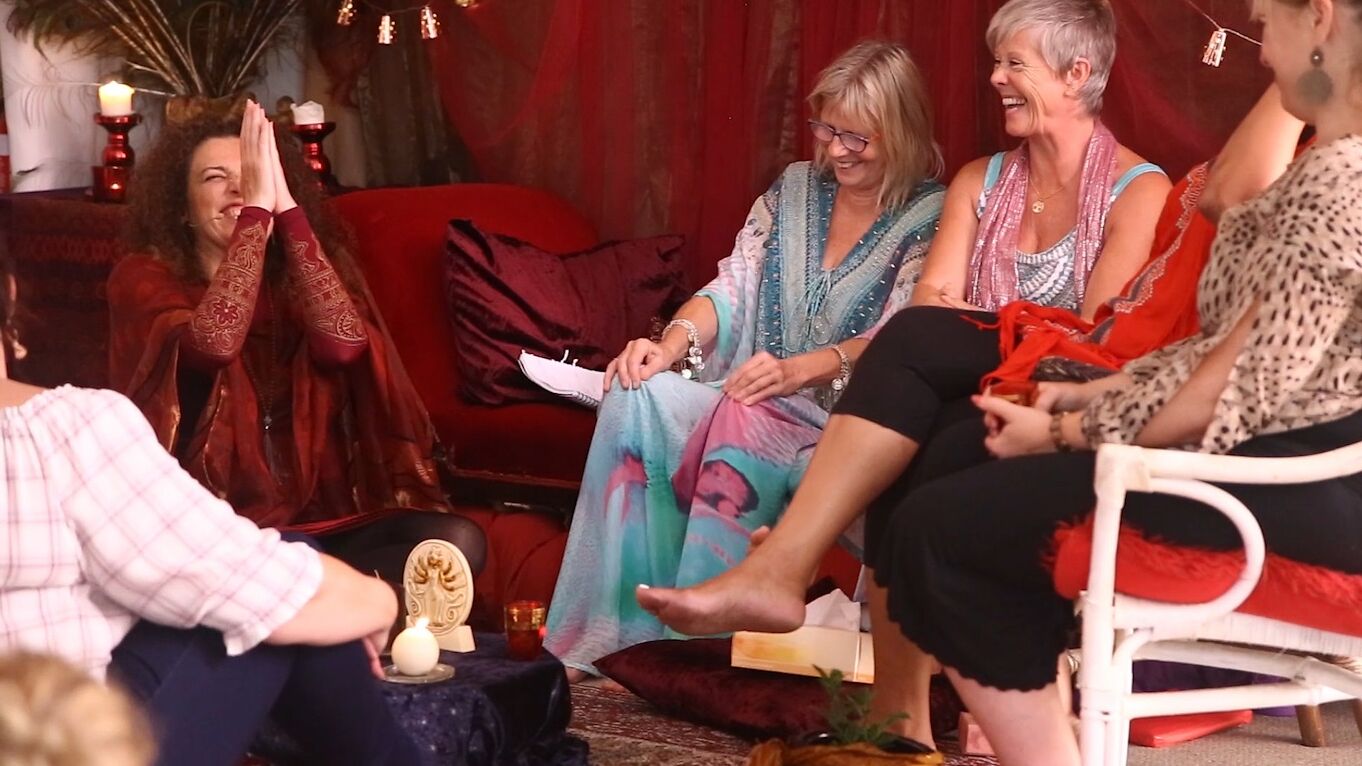 Ideal for 60th birthdays or groups of women journeying the wise woman life phase 60+ as an opportunity to really understand what it means to be a true elder and how to embrace this life stage wholeheartedly with grace, dignity and wisdom.

“Through your Red Tent Immersion you will gain an embodiment of your sacred power as a woman. You will undergo a soul nourishing experience of authentic sisterhood and upliftment. Practical strategies will be imparted to give you lifelong skills to caretake your needs on a cyclical basis. Healing perspectives on how you see and honour yourself as a woman will be shared, as well as instructions to activate your innate mystical gifts. You will be fully supported to integrate all the aspects within your psyche that are calling for healing.” 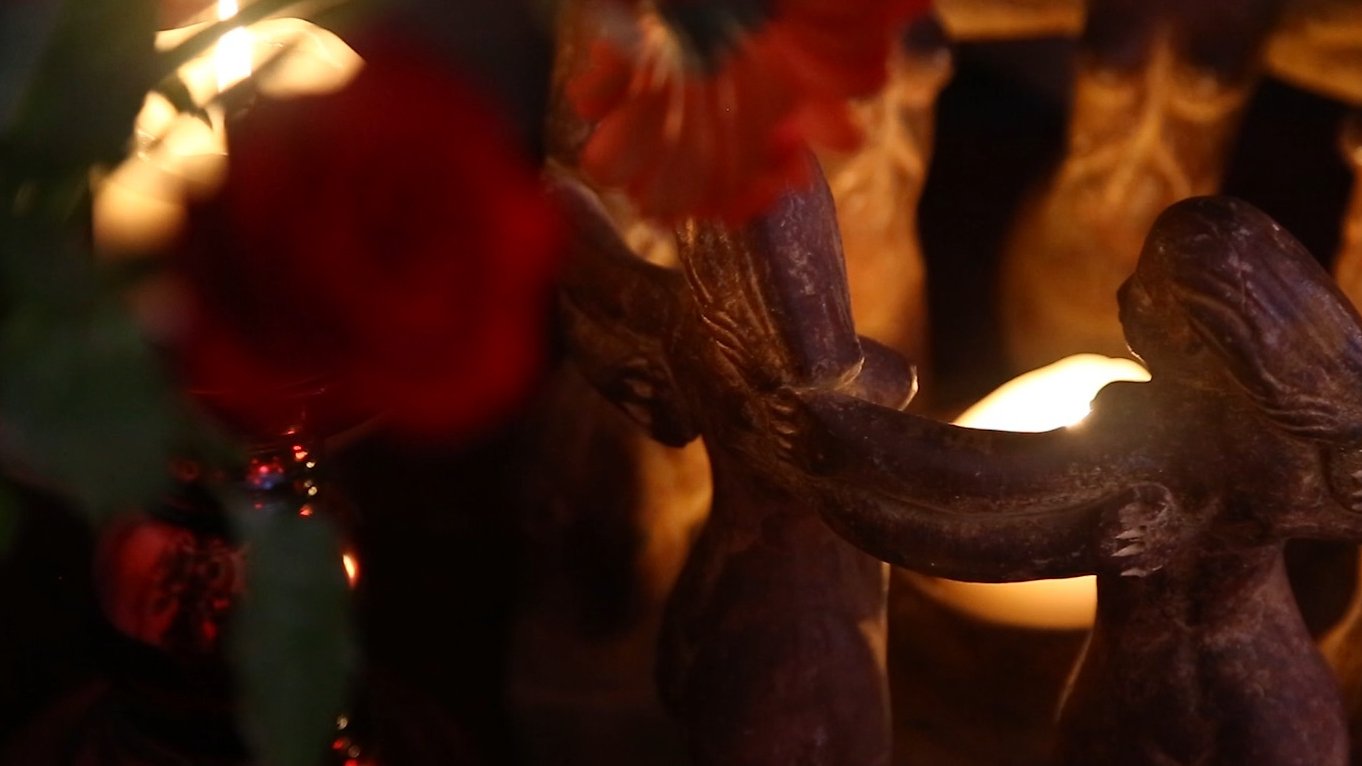 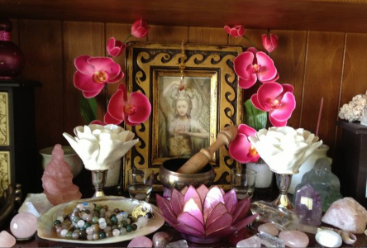 “She remembered who she was and the game changed.“ 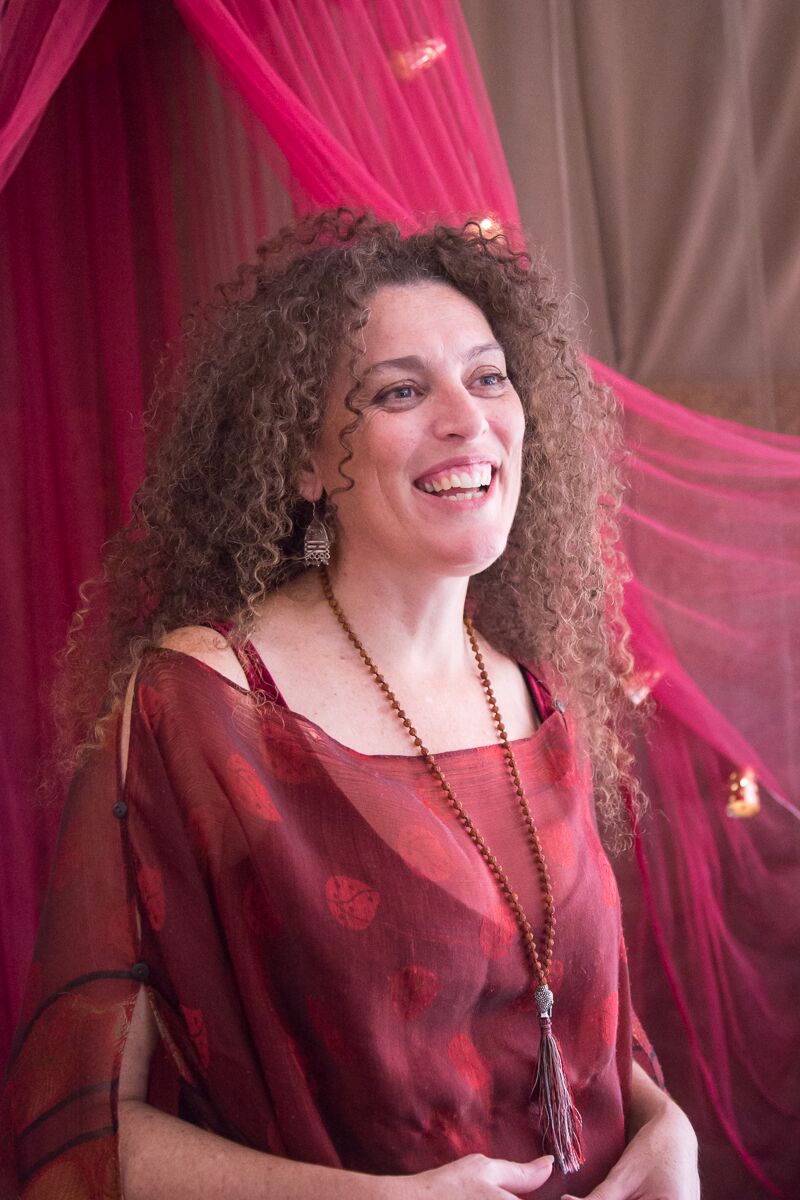 She has continued her service to women for the past 23 years offering priestess initiation courses, workshops, retreats and sacred ceremonies in alignment with the lunar and seasonal cycles. In 2010 she recorded an educational Red Tent YouTube series, and in 2013 she created the first Red Tent online facilitator training course which has now trained women in 44 countries.

This initiative is an integral part of her vision to create widespread social change through seeding a network of support for women of all ages during the lunar phase when they are most at risk of self-defeating behaviours, conflict and burn out. She then went on to create numerous online courses to initiate women into their birth right of sacred traditions after the success of her intuitive astro forecasts and daily lunar updates as ‘The Moon Woman’ on Facebook where she is followed by half a million people.

In addition to her books, she has created meditation CD’s & oracle decks and won acclaim from audiences around the world with her groundbreaking decoding of the ultimate Magdalene Mystery teaching, the Holy Grail. A popular feature writer for numerous magazines and keynote speaker at festivals around the world she is now based in Bali. The author of 5 books, her latest book, Goddess Wisdom is published by Hay House in conjunction with an online course.

Bring a group to Bali or bring Tanishka to you! 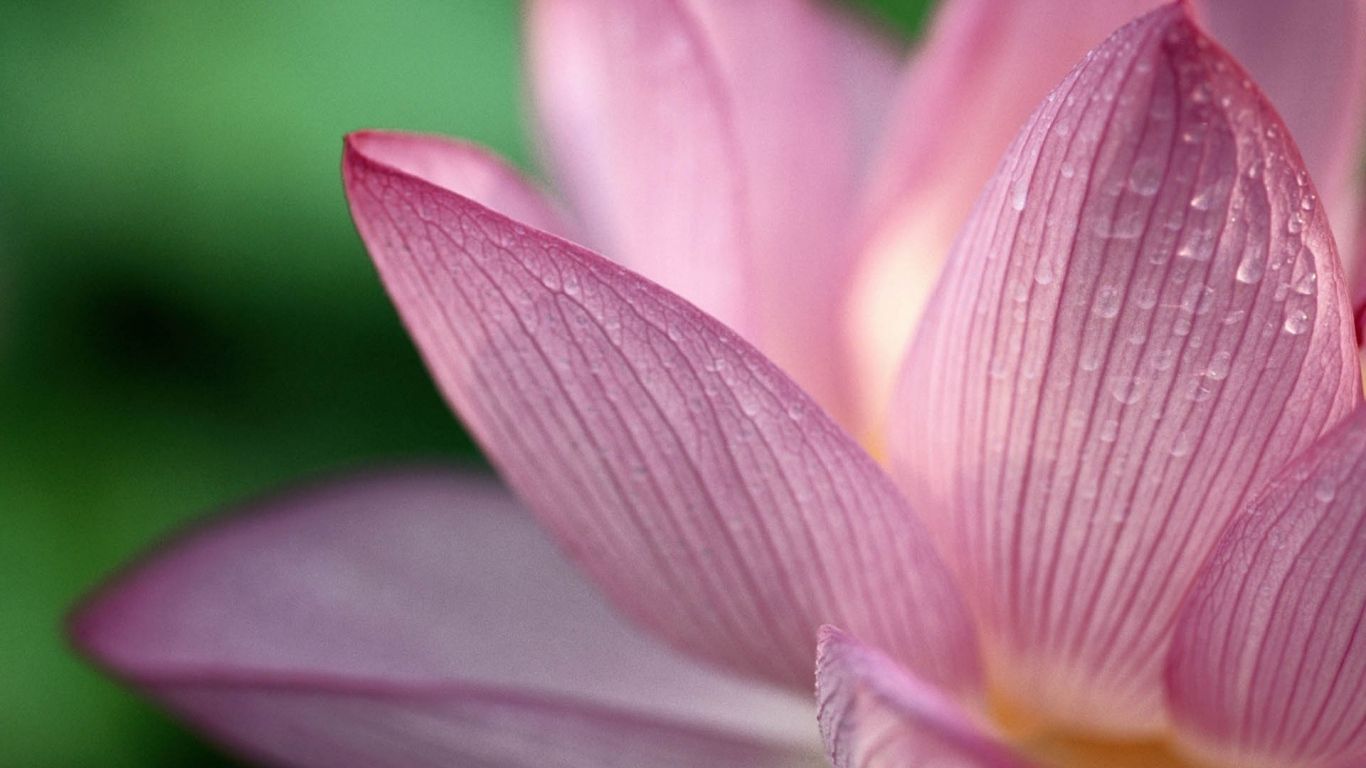 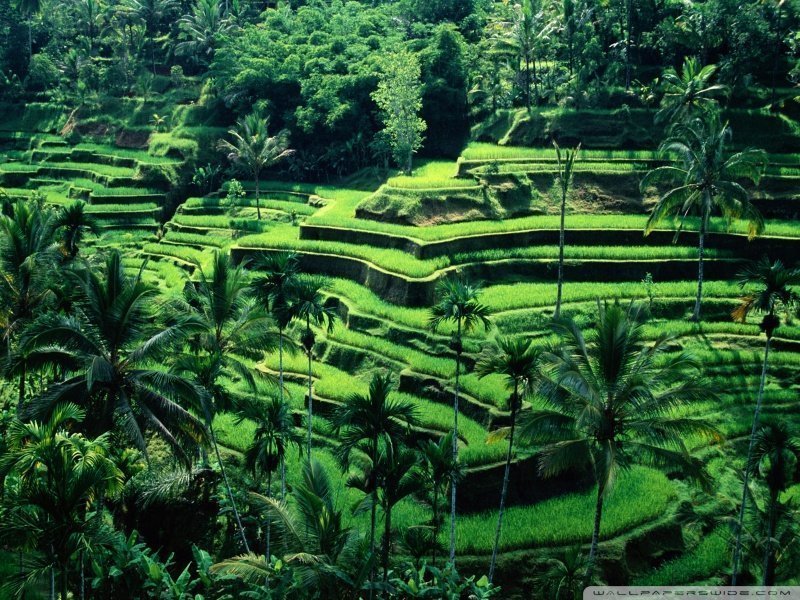 INBOUND FLIGHTS When booking flights do allow a window for possible delays.

CUSTOM PACKAGES Available on request to suit your event needs

AIM TO ARRIVE EARLY We encourage you to arrive the day before the program starts.

GET TRAVEL INSURANCE for unforeseen circumstances